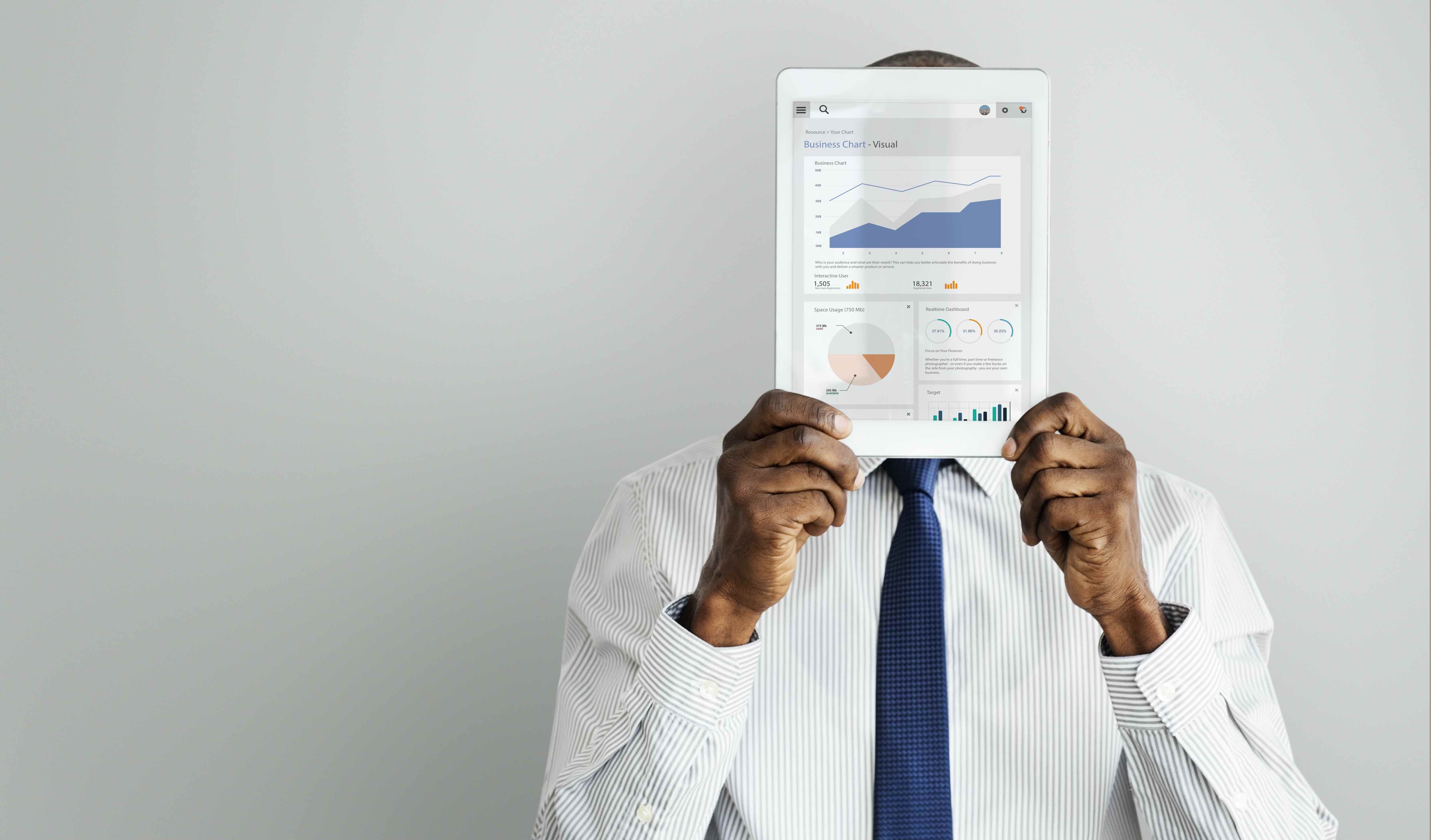 And Why We Need to Treat Data Carefully

By Mikael Trolle (Co-Founder and CEO of Idonea)

The Corona crisis has exposed a far-spread, fundamental dilemma in organizational decision-making processes. How can decisions be data-driven if we are in a time of unpredictability with no data exemplary for the given situation nor the future? This dilemma is not limited to the current crisis. Unpredictability is here to stay. The current crisis is just one, admittedly extreme, example of radical, volatile change, and uncertainty. Today, it is this global pandemic and its economic ramifications that fundamentally disrupt industries. Tomorrow, however, it may be something else that makes leaders have to reconsider leadership, decision-making, and business models.

The dilemma has been discussed by many over the last weeks. What will future leadership methods look like? How and what can we learn from the Corona crisis? And how will we be able to enter the future from a position of strength? Jim Hagemann Snabe, chairman of the Danish shipping company A.P. Møller – Maersk and German Technology Conglomerate Siemens, emphasized the need to use this opportunity to “renew – don’t return” (Click here for the Danish article in Berlingske Newspaper). Amongst those who are emphasizing and debating this issue is also Allan Polack, CEO of PFA Pension, with his article “Corona reinforces the dilemma between evidence-based and agile management” (Orig. “Corona forstærker dilemma mellem evidensbaseret og agil ledelse” in Børsen Ledelse Newspaper). A central concern in Allan Polack’s article is how to strike the right balance between agile and evidence-based leadership in correlation to decision-making processes when there is no experience or data-blueprint to base the decisions on.

Human Judgement & The Problem with Data

Human judgement may be based on three key elements: 1. Measurable objectives (evidence), 2. acquired intuition, and 3. the awareness of “the unknown”. It is our ability to time, accommodate and quality assure these three key elements that strengthen our judgement and decision-making. Based on this, it is crucial that we examine scenarios and ask ourselves how representative they are regarding the future.

If things are fundamentally changing at high speed, there may be shifts and deviations between when the evidence is measured and the time when a decision is to be made. A deviation is more likely, the longer the time span between the point in time, when the data is gathered, and the moment of decision. It seems logical that we won’t make the right decisions if the evidence we hold is no longer representative of the current situation.

Prospectively, it is necessary to be more critical towards future scenarios created based on contemporary or previous evidence. The attempt to meticulously plan the future can lead to pre-assumptions, outdated plan-scenarios, and irrelevant self-fulfilling success prophecies that likely turn out to be irrelevant already during the development process. If we follow strict and static plans, we run the risk of being driven by “Decisions with Blinders”, because we do not see and judge the right things and, in the worst case, create a false assumption. In that case, we merely believe to be successful and to have evidence for it.

This dilemma is precisely where the challenge lies: We can no longer plan for a future that develops with a speed and complexity which we find difficult to grasp. Instead, we should constantly ask ourselves whether the data we use is relevant and whether it can be used as the basis for building future evidence and objectives as well as fueling our intuition and sharpening our focus on the “unknown”. Does data represent our past, present, or desire for the future? And can these numbers be validly predicted at all?

In the future, it will be those data sets that offer a relevant depiction of the present and future (not just the past), which will be most sought after. Such data sets allows us to have the best foundation for making decisions. To ensure this, the data sets have to be continuously built and updated. This is achieved through iterative development processes that are constantly measured. The processes would thereby continuously feed data into evaluation systems that allow us to review and adapt our processes for optimization. Through continuous evaluation, this data becomes our evidence that supports the decision-making process. This feedback guides our ability to evaluate the “Journey of the Company” in line with the company’s desired direction and ambition. That will be the “Agile evidence-based leadership” of the future.

We are thus even more compelled to be critical of traditional strategic thinking, which tells us to manage organizations by controlling a planned outcome. Instead, a leadership model driven by an inspiring dream or purpose, clear direction, well-defined ambitions, a precisely communicated mindset, and an extreme focus on the crucial details needs to be used. We call this method the “The Dreams and Details Leadership Model“. The iterative and agile approach ensures that we continuously feed our decision-making process with up-to-date and relevant information in the form of “online” or “live” data. This gives us a unique opportunity to follow and react to the changes and improvements in our performance. In this way, data-based and agile leadership will merge. In doing so, we optimize the company’s current position of strength while creating an opportunity to reinvent it in a “Dynamic Change of Seasons”, which has the intention of transforming the company to stay relevant in future markets. This is not only crucial during the current crisis but also for the future after Corona.

What We Can Learn from the World of Sports

Parallels can be drawn from the world of sports. Here it would be inconceivable not to have a tactical starting point, such as an understanding of how a game could be won. The tactics would express the awareness of how to gain momentum in the attempt to create a “Winning Position”. But it would be equally inconceivable to try to plan the match down to the smallest of details.

In sports, the development of the game is followed meticulously – second by second. Meanwhile, the power of judgement is continuously tested by applying new knowledge and evidence in the form of “online” data. This is mixed with intuition and respect for (and assessment of) what can neither be measured nor felt. Based on that, you try to influence the development of the game. You intend to force a performance that will result in victory.

This sports analogy also works on a broader level when looking at a team’s management. Besides the best efforts of the management, it is impossible to plan a team’s long-term future. You cannot plan one, let alone several seasons, ahead, as the unpredictability and fluctuation of variables increases over time. Rules might change, new players may enter a league, skillsets will develop, there could be movement of players in your team, and tactics could be revolutionized. What sports organizations can, and should, do, though, is putting the team in the best position to succeed by developing and internalizing the right mindset, structures, framework, and a guiding dream or vision. Projecting this back onto the world of business, ‘new players’ are new competitors in your industry, ‘rules’ can be regulations or business logics that are changing, skillsets are developing based on digitalization and automation, ‘revolutionized tactics’ are new business models and demands that could make your service increasingly irrelevant.

Same as in sports, leading a business is an infinite journey, as one season is followed by another. As a leader, you can help stack up wins along the journey and position your organization as a temporary leader in a field; But you cannot lose perspective of preparing for the future while making decisions on the run. This means that leaders need to scout for threats and opportunities continuously, backed by live data to support agile processes and decision-making.

These indisputable parallels were actually one of the main reasons why Jim Hagemann Snabe and I wrote the book and developed the “Dreams and Details” Leadership Model. In the book, we have suggested the relevance of a new and future-proof leadership model. A leadership model that reflects in handling the ongoing challenges, but which will become even more relevant in the future, where companies should continually reinvent themselves. Not because of persistent pandemics but because the future is just as unpredictable and therefore requires a new outlook on strategy understanding, change management, and leadership models.

A Quick Guide to Reinvention: How to Reinvent Your Business from a Position of Strength