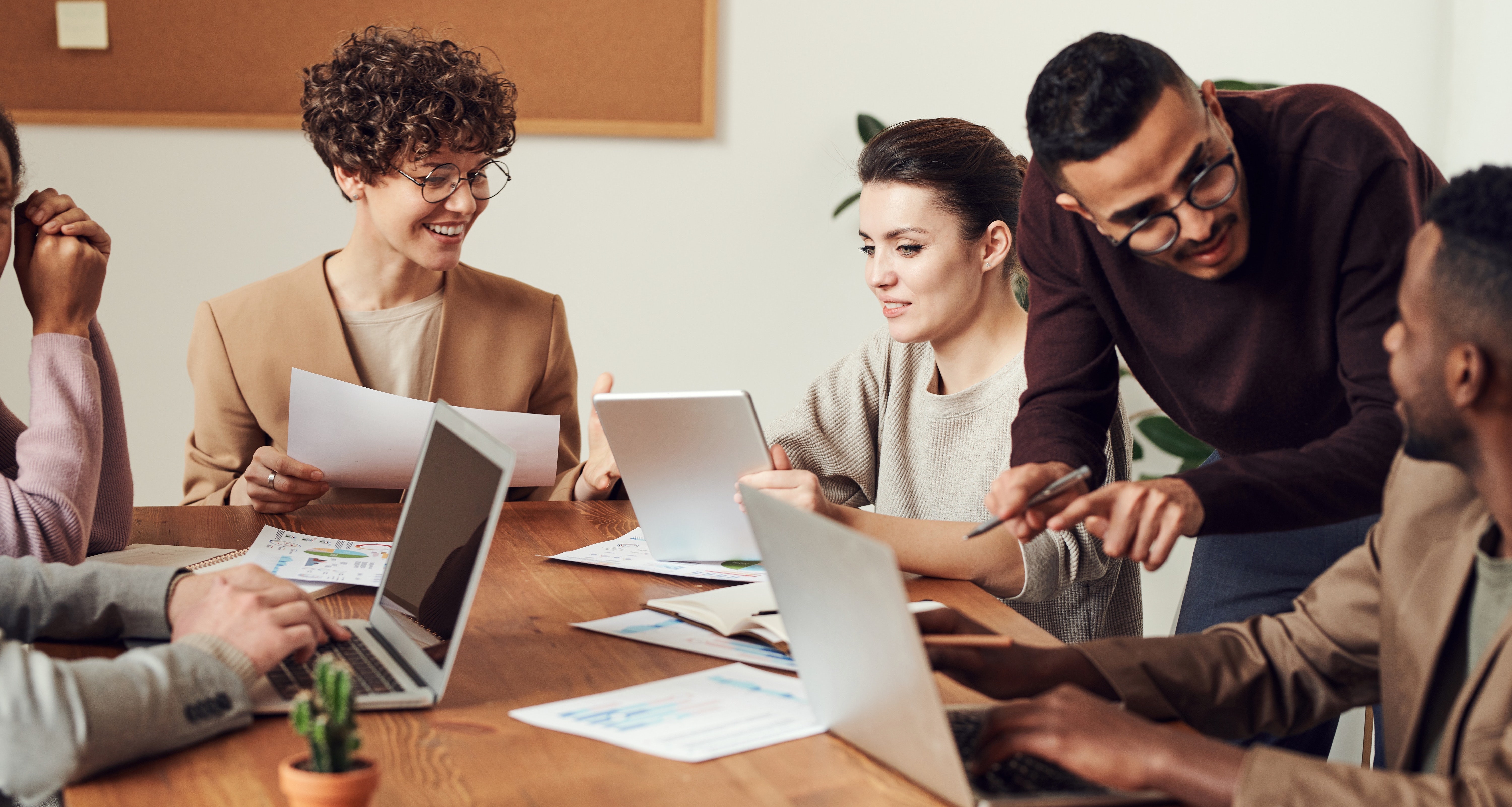 It is time to unleash human potential to new levels. Then leaders will be able to address the dual challenges of the pandemic and the looming climate emergency.

Co-written with Chris Langdon, Co-Director of Thinking the Unthinkable, Mikael explains that the only way we can do that is to totally transform the prevailing leadership model. Mikael draws on his decades of experience as a top sports coach.

Leadership in a time of radical uncertainty is not about drawing up detailed plans and setting target goals. It is about creating a ‘dream,’ a vision of where to travel together, how to do it, and the different responsibilities to get there.

The highest human motivation comes from being on what we call a ‘loveable journey’. Where we are driven by the ‘dream’ and at the same time we also feel loved or appreciated for our efforts.

That is why purpose is such a strong driver in our modern society. It creates a space for people to unfold their potential in a different way.

The idea that a purpose or a ‘dream’ has to be at the heart of leadership is certainly not new.

The best summation of it comes from almost 100 years ago. ‘Grand will’ is how philosopher Martin Buber brilliantly defined purpose in his book, I and Thou, in 1923.

Buber called it: “a state of being, where our life is naturally infused with meaning, and where we sacrifice our ‘puny, unfree will’ to our ‘grand will’.

Buber’s concept of ‘grand will’ also gets right to the heart of what these days is called ‘meaning driven motivation’. The ‘Dream and Details way of traveling’ is how I and Jim Hagemann Snabe summed it up in our book, Dreams and Details, published in 2018. It is a contemporary leadership model drawing on and developing from decades of great thinking.

Now, Jim and I plan to go even deeper into understanding the motivations and human drivers in their next book. It has the working title “Unleashing Human Potential”. It will examine the ‘magic things’ that happen – sometimes suddenly and unexpectedly – when people are empowered to develop themselves and to unfold their potential.

The book aims to show how to do that.

Motivation and purpose are key if humanity is to have any hope of tackling the climate emergency and to curb the pandemic. It has to be done fast and across so many aspects of our lives. There is so little time left. Otherwise, humanity will find itself in a dire situation with a bleak outlook.

There are so many innovative management methods such as working in Sprints and with Agile management tools. But now, given the huge scale of the challenge – arguably the biggest humanity has ever faced – it is necessary to go much deeper into understanding what drives motivation and the fundamental human drivers.

Throughout my career as an athlete and top coach, I have been fascinated by the drivers for high performance for teams and individuals. In the Dreams and Details methodology that Jim and I have devised, we encourage leaders to listen to all their employees, to listen to the board, and to listen to their peers.

It is essential that leaders listen first and then determine the journey in the light of what they have heard. That’s leadership in the sense of followership.

Having listened and learned, the leader determines the inspiring Dream, linked to meaning and purpose. They set the direction, and define the goals for the journey, and the right mindset that is needed to achieve it.

Leaders then need to create what we call “a bridge”, by outlining the mindset and the framework, so they can ask their employees: “Do you want to join us?”

That is Servant Leadership. It is showing a leader’s will, love, and ability to serve and sacrifice.

It may sound risky, but I learned its immense power when I was Denmark’s National Volleyball Coach. I was lucky to be head coach twice. In 2002, Fred Sturm, a great American coach took over my job after I had done it for a decade, quite successfully I thought, using conventional coaching.

Fred Sturm is a very experienced and successful US coach. He has a very unusual approach. During Fred’s time as Danish head coach, I served as his sports director. In one of our first meetings, he brought me a gift. Fred said: “Mikael, I think you should read this book. It would help you a lot. It is called ‘The Servant, A Simple Story About the True Essence of Leadership.’”

I got the book and read it immediately. It was written by James C Hunter, a US management specialist, in 1998. He was inspired by Robert Greenleaf, who first defined Servant Leadership over 50 years ago. It still has huge relevance today. It has transformed my thinking.

Hunter tells the story about a guy he calls John Daily, who has problems in his business life. His wife is on the brink of demanding a divorce. She tells him as a last resort to go to a seminar in a monastery.

So, he signs up and he is put in a group with four other people; a preacher, a teacher, a soldier, and a sports coach. The Monk running the seminar takes them on an intense learning journey over two weeks to understand Servant Leadership deeply. To make the storyline credible, the fictional monk, Brother Simeon, was previously a Fortune 500 executive with decades of experience in business transformation – like the author himself.

Robert Greenleaf’s original message is that, if you want to influence other people, you shouldn’t try to be a powerful leader – which is what I had been trying to do as a young leader. I learned that, instead, you have to be looked upon as an authority. That way you are given the ‘permission’ to influence people by being a Servant to the team. That’s what Fred tried to help me understand.

When I was made head coach the second time, I understood that you have to put the needs of the team first. You must focus your leadership on helping people to develop and perform as highly as possible. I witnessed for myself that this is transformational in the leader’s relationship with their team.

You have authority NOT because you have power that you can impose simply by dint of being the leader, but because the team members choose you – because of how they perceive your actions. They confer on you the authority and the right to influence them. It is hugely motivating and empowering.

I have further developed my understanding of this form of motivation thanks to two other US academics; Richard Ryan and Edward Deci. In their book, Self-Determination and Intrinsic Motivation in Human Behavior, published in 1985, they developed what they call self-determination theory (SDT).

As with servant leadership, SDT describes autonomy as a powerful motivator. In the best case, autonomy is created in the context of loving and appreciative relationships.

The Meaning of Life Is to Be Loved

A person’s superiors, colleagues, also their family and friends acknowledge who they are, and what they’re doing. They love and appreciate them for doing that. This would be the best position for every human being to be in during their lifetime, both in the workplace and at home.

If we combine SDT with servant leadership it becomes radically different from the regular leadership model. That’s why we devised the Dreams and Details approach to help leaders to know both what “to do”, and also to understand how “to be.” That is key to unleashing human potential.

It is about taking the engagement and the commitment in totally new directions from the prevailing models where you’re measured in a plan, looked on as a resource, and only measured by whether you reach your target or not.

We all have had situations where we feel the difference when we can feel the support from those around us. And that was why Ryan and Deci said it is a little bit like ‘mass love’. In other words, it is the love and appreciation from the group or community that you are a part of.

An isolated human being is so vulnerable and so fragile and alone. So we need to be a part of a group to make sure that we can survive. This is bound deep into our original biology and into our evolution.

You can link everything in modern life to this. When people ask me in a company where I am coaching, “Mikael, what is leadership about?” I always say: “The most important part is that you create growth with love and appreciation.”

It is a life journey where you help your people to be loved on that journey through their life and, in particular, in that part of their life when they are an employee in your company. That is how you contribute to making sure they behave within the company in that way.

It is the ultimate goal of what Ryan and Deci called the motivational continuum. The highest of six stages in the continuum, and what you should aim for, is integrated, meaningful motivation.

How we achieve that highest level of meaningful motivation is what our next book will be about. And how we all can achieve it. We believe that our duty as leaders is to create what we call ‘loving journeys’ for the ones we are chosen to lead, securing their meaning of life.

About Digitalizing a Software Vendor (By Guenther Tolkmit)

The Cost of Complacency: Why Not Taking Any Risks Is the Highest Risk You Can Take

The Real Numbers for Value: Enabling Operations and Finance to Communicate (By Guenther Tolkmit)

The Key to Motivation and Engagement: How to Establish a High-Performance Culture (By Mikael Trolle)